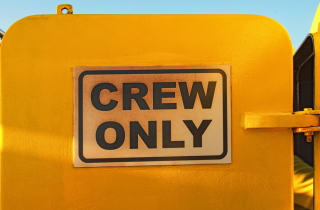 London. UK. / Paris. France. This article was originally published by The Lawyer’s Daily (www.thelawyersdaily.ca), part of LexisNexis Canada Inc. It is reproduced with permission of The Lawyer’s Daily and the author, Counsel Douglas F. Harrison.

While some border controls and quarantine measures instituted during the COVID-19 pandemic are now being eased, many shipping companies around the world are still refusing to allow their crews to disembark and return home at the end of their contracts. Instead, some flag states, including Panama, are authorizing involuntary, unilateral extensions of those contracts. Seafarers unions say these extensions are a violation of the Maritime Labour Conventionand resemble indentured servitude and forced labour, both considered serious abuses of human rights. Even in normal times, seafarers are also exposed to other human rights abuses such as slavery, abandonment, sex trafficking and sexual assault.

How can seafarers seek redress for human rights abuses? The legal jurisdiction on board a ship is governed by the flag it flies. Crews on a Canadian-flagged ship can look to the protections available under applicable statutes such as the Canada Labour Codeor the Canadian Human Rights Act and, if necessary, pursue a remedy in a forum such as the Canadian Human Rights Tribunal or the Federal Court. The Canadian fleet, however, is small by international standards. According to Lloyd’s List, the world’s largest ship registries in 2019, by gross tonnage, were Panama (9,367 ships), the Marshall Islands (4,163) and Liberia (4,027).

But while a ship may fly a certain flag, its owner may be a Greek company. In turn, it may be managed by a Norwegian company, employ a crew of Poles or Filipinos, and have on board a security team made up of Chinese nationals who were supplied by the Singapore branch of a company headquartered in the British Virgin Islands. It will stop at numerous ports in different countries.

A crew member on such a ship faces a multitude of challenges in trying to pursue a remedy for a human rights abuse. Panama and Liberia, for example, are not known for the strength of their legal systems. Pursuing a claim in a seafarer’s home country may raise difficult issues of jurisdiction and enforcement against respondent parties located elsewhere. States whose territorial waters a ship sails through cannot intervene due to the right of innocent passage under the United Nations Convention on the Law of the Sea. Not surprisingly, many human rights abuses that occur at sea go unchecked.

Earlier this year, to begin a discussion over how to address the problem of lack of access to justice by seafarers, the U.K. charity Human Rights at Sea, together with international law firm Shearman & Sterling, published a white paper, Arbitration as a Means of Effective Remedy for Human Rights Abuses at Sea.

The white paper proposes a victim-centred, arbitration-based mechanism of redress for human rights abuses at sea that would provide (a) a neutral and visible forum in which human rights issues could be resolved; (b) an efficient and affordable procedure; (c) a specialized adjudicative process geared towards the maritime environment; and (d) binding arbitral awards that would be enforceable worldwide.

“This is yet another example of the significant value that arbitration has, among other ways, in helping to bring justice and the rule of law to people and to spaces that may not otherwise have sufficient access to them,” Shearman & Sterling partner Yas Banifatemi said. During a recent webinar hosted by Delos Dispute Resolution, Banifatemi noted that Panama accepted the jurisdiction of the Inter-American Court of Human Rights in 1990, yet no case against Panama has yet been made, suggesting low levels of awareness and accessibility.

Arbitration’s inherent flexibility could enhance seafarers’ access to justice as cases could be filed online with a centralized arbitral institution. Hearings could be held anywhere or virtually. Tribunals could employ a set of standard procedural rules, such as the recently published 2019 Hague Rules on Business and Human Rights Arbitration. Creating a quick, efficient and low-cost system would be vital to its success.

As well, a specialized roster of independent and impartial arbitrators, with expertise in human rights, labour law and maritime law could be established, and proceedings could be seated in a respected neutral venue like Switzerland.

Arbitration is, though, a contractually based process of dispute resolution — parties must consent to it. Flag states would need to ensure that arbitration was available to individuals on board ships within their fleets, and corporate parties would need to include the option of arbitration in employment contracts (and also extend that option to third parties, for example, to encompass undocumented crew members and to permit arbitration of claims against security companies).

To encourage the shipping industry to adopt arbitration, the white paper proposes that flag states require ship owners to agree to arbitrate human rights matters as a condition of registration. Or that port states insist that crews have access to this proposed arbitration regime as a condition of allowing ships to dock. Financiers of businesses operating at sea could insist that their borrowers incorporate arbitration clauses into employment agreements as a condition of financing, as part of Corporate Social Responsibility (CSR) or Environmental, Social, and Governance (ESG) compliance.

Enforcement of awards would primarily rely on the New York Convention. However, there would be a need to ensure that seafarers’ contracts were recognized as “commercial” in jurisdictions that have registered the “commercial” exception to the Convention. Ultimately there may need to be a new multilateral treaty not unlike the International Centre for Settlement of Investment Disputes (ICSID) Convention in order to ensure the enforceability of awards in human rights cases.

Douglas F. Harrison, dharrison@harrisonadr.com, is an independent international commercial arbitrator and mediator based in Toronto. He also acts as legal counsel in select matters, including designing arbitral procedures and enforcing awards.