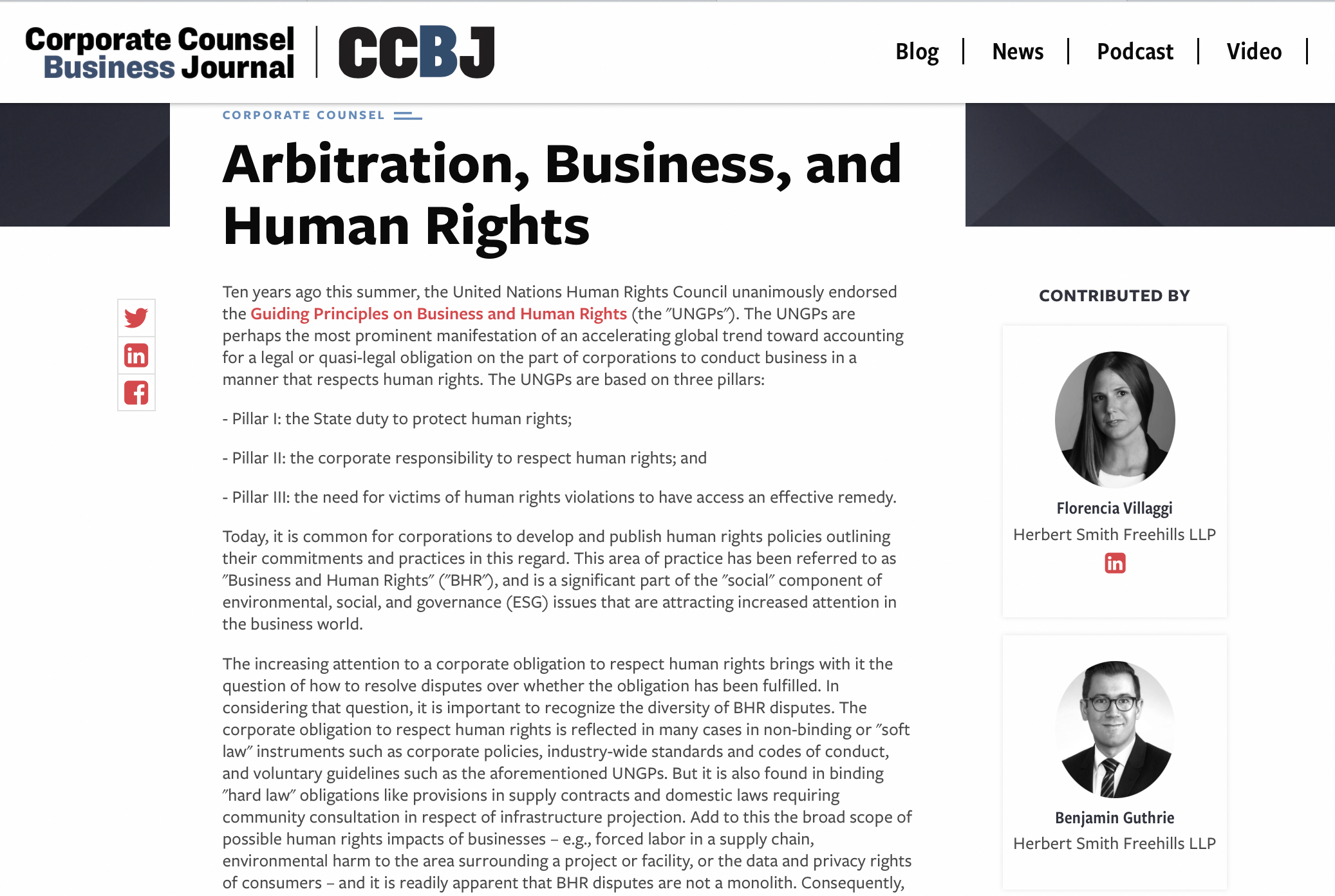 London. UK. The international law firm, Herbert Smith Freehills LLP, has highlighted the ongoing arbitration project work of Human Rights at Sea and Shearman and Sterling LLP in developing a new voluntary victim-led route to effective remedy for abuses suffered at sea by repurposing arbitration as the mechanism for a new ad hoc tribunal system now being created.

The article was first published by contributing authors, Counsel Florencia Villaggi and Associate Benjamin Guthrie, in the Corporate Counsel Business Journal on 14 July 2021 and reproduced by Herbert Smith Freehills in their in-house blog.

Reflecting on the 10 year anniversary of the introduction of the United Nations Human Rights Council unanimously endorsed UN Guiding Principles on Business and Human Rights  the article highlights use of arbitration to enforce against abuses in the supply chain. It concludes that: “arbitration may well emerge as a viable avenue for the resolution of BHR disputes.”

Set against the examples of Investor-State Arbitration, the The Accord on Fire and Building Safety in Bangladesh, and The Hague Rules, the authors highlight:

“Another innovative initiative is the effort to create a standalone arbitration system for resolving human rights at sea disputes. The Human Rights at Sea Arbitration envisions an arbitration-based mechanism of redress for human rights abuses at sea that would address both the procedural and the substantive dimensions of a victim’s right to a remedy. It would do so by providing: (i) a neutral and visible forum in which human rights issues could be resolved; (ii) a procedure that is both efficient and financially accessible to victims; (iii) an adjudicative process that is highly specialized and tailored to the sensitivities of human rights issues as well as to the particularities of the maritime space; and (iv) binding arbitral awards that would be enforceable internationally.”

CEO, David Hammond, commented: “With thanks to Florencia and Benjamin, the ongoing and innovative work being carried out by HRAS and our partners at Shearman & Sterling, is gaining further attention across the international legal and arbitration community. This reflects both a need and professional interest in viable victim-led solutions for increased justice at sea.”