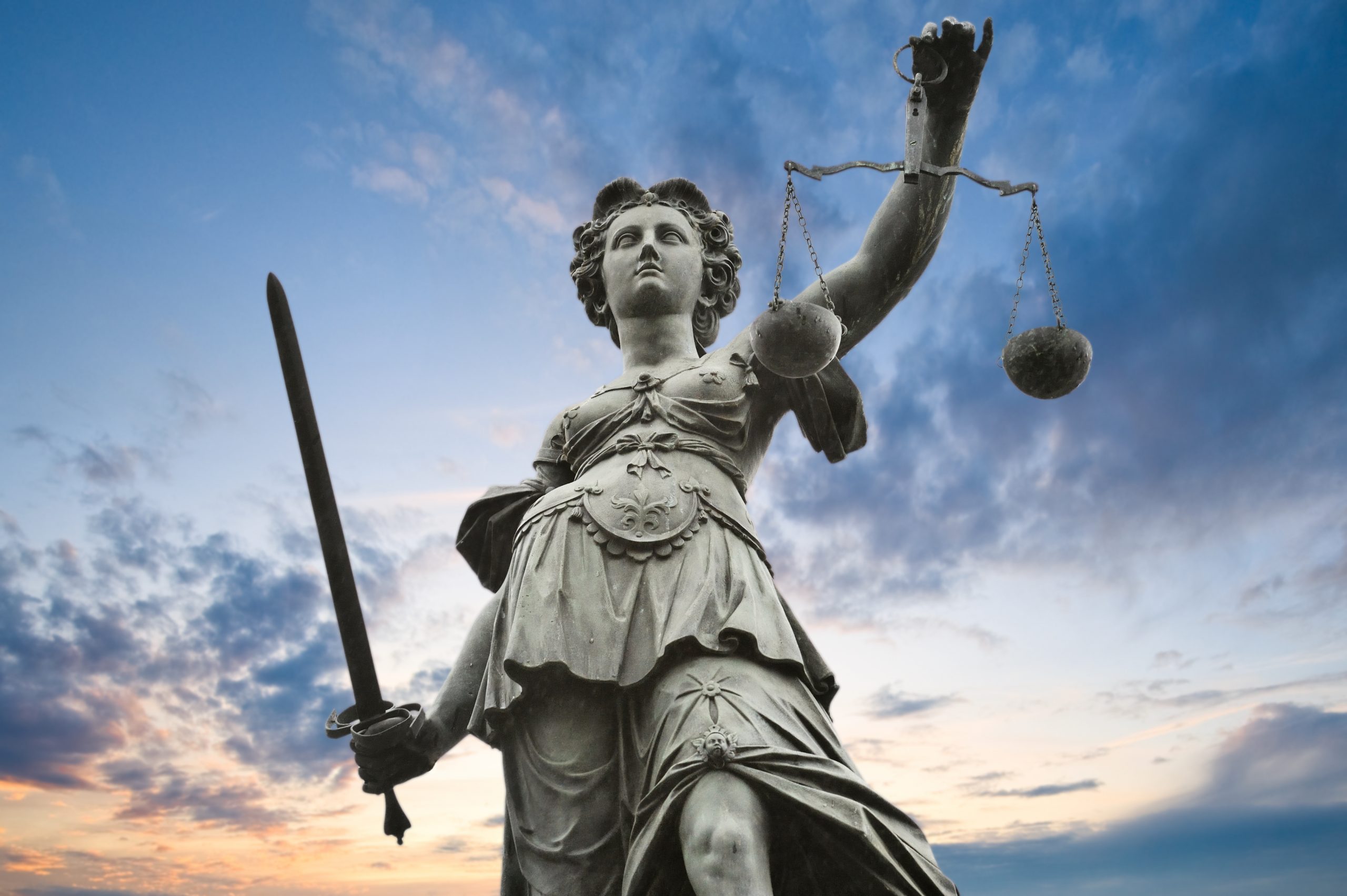 London. UK. LEXIS NEXIS Law 360 recently published an article written by Caroline Simson and edited by Jill Coffey on Human Rights at Sea and Shearman & Sterling Project  Arbitration as Means for Effective Remedy for Human Rights Abuses at Sea, drawing insights from the July Arbitration Webinar.  The Project is based on the concept of using international arbitration as a means for providing victims of human rights abuses at sea with an alternative route to effective remedy and justice. he article is replicated below.

‘Arbitration Could Resolve ‘Disaster’ Of Human Rights At Sea

Could international arbitration provide a way for victims of human rights abuses at sea to finally seek redress after years of falling under the radar? A new initiative is betting that the answer to that question is yes.

The project is aimed at developing a mechanism to resolve disputes concerning human rights abuses at sea using international arbitration — in matters ranging from enslaved workers forced to toil on fishing vessels with little food and no medical care, to sex trafficking or sexual abuse among seafarers, to the “sweatships” of the cruise industry, where low-paid employees are forced to work seven days a week.

Victims like these are protected under international human rights law. But the reality is that there is little they can do to report violations or seek redress.

“The situation of human rights at sea is a disaster,” Emmanuel Gaillard, Shearman & Sterling LLP’sglobal head of disputes and the international arbitration practice group, told Law360 recently. “This is a no man’s land. It’s a race to the bottom.”

Earlier this year, however, a U.K. charitable organization called Human Rights at Sea, in partnership with Shearman, unveiled plans to create an international arbitration mechanism that could change all that.

Why Are Human Rights Abuses at Sea Occurring?

Nations are expected to exercise control over ships that fly their flags in international waters. But many ships choose to fly the flags of “flag of convenience states” like Panama or Liberia, and that’s where the situation gets complicated.

“The sea is really a unique space,” Alex Marcopoulos, of counsel at Shearman, told Law360. “It’s perhaps the most international space on Earth. When you talk about the high seas, it’s the only space on Earth over which no country exercises jurisdiction.”

During a July webinar on the arbitration initiative, Marcopoulos explained that most of the merchant ships sailing the world’s oceans today are flagged in states that don’t even have a navy, which is significant because the U.N. Convention on the Law of the Sea obligates flag states to exercise their jurisdiction on the high seas through official vessels. That means that there’s little or no way for these states to ensure that ships flying their flags are in compliance with customary international law and other international instruments, like treaties.

A good example of this is the Marshall Islands, a nation that is among the largest ship registries in the world, but which has only a single naval ship, according to Marcopoulos.

Moreover, countries like Liberia and Panama are generally not known for strengthening the rule of law. These two nations were ranked 98th and 63rd, respectively, in the World Justice Project‘s 2020 Rule of Law Index, which includes rankings for 128 nations.

While egregious human rights abuses have occurred in international waters perhaps for as long as there has been maritime commerce, the problem is one that not many outside of the realm of academia were even aware of before Human Rights at Sea was formed. That bothered David Hammond, the founder and CEO of the organization.

Back in 2013, Hammond was practicing as counsel in London when several of his clients asked him what the future was for human rights at sea. He didn’t know, so he turned to the internet, which provided few, if any, answers.

“I couldn’t find anything on it,” he told Law360 recently. “I found it remarkable that in that current climate, there wasn’t anything explicitly talking about human rights at sea other than academic papers.”

Hammond, who had previously practiced in arbitration, established Human Rights at Sea in 2014. The organization works to globally promote and develop more effective human rights protection for seafarers, fishers, migrants, refugees and others working or living at sea.

He said he was taking a shower one day in 2018 when it occurred to him that international arbitration could provide an answer to the question of how to hold human rights abusers at sea accountable.

“The actual outline of it and the flow diagram was quite literally written on a napkin on my way to a meeting in the U.A.E.,” he recounted.

It was then that Shearman “fortuitously” approached him, saying that the firm wanted to back a worthwhile project pro bono. The New York-based law firm, which boasts one of the world’s most sought after international arbitration practices, embraced the project. Since then, the firm and the group have partnered to develop such an arbitration mechanism.

The Benefits of Arbitration

Shearman’s co-head of international arbitration, Yas Banifatemi, told Law360 that the firm approached the project in the belief that arbitration “can be an answer for those who are the real victims.”

The mechanism is generally viewed as providing a more neutral forum than litigation within the respondent nation’s judiciary, and it is hoped that arbitration for resolving abuses of human rights at sea could be viewed similarly.

But it has other advantages as well in that the parties can typically appoint their own arbitrators who are human rights experts. Arbitration is also flexible enough to overcome practical hurdles like geographical distance between the parties, since hearings can be held anywhere in the world or even virtually.

The publicized existence of a neutral forum to resolve human rights abuses at sea could also help deter those violations from taking place at all, according to a white paper released by Human Rights at Sea and Shearman in March.

“This is something we feel very strongly about as a firm,” said Marcopoulos, who first reached out to Human Rights at Sea on behalf of Shearman. “We’re international law specialists. We study international law, and there’s a point that we’ve all been in many times, where we have to debate with friends and colleagues whether international law is actually working. This context provides one of the biggest examples” of where the law may not be working properly.

In the July webinar, Human Rights at Sea and Shearman laid out the basics of what the problem is, why they believe such a mechanism will work and what it might look like.

Anna Petrig, the chair of international law and public law at the University of Basel in Switzerland and a member of Human Rights at Sea’s board of advisers, said that the mechanism could support various “constellations,” including individuals making a claim against a business entity or nongovernmental organizations or unions making claims against a business entity.

Another possibility would be a business bringing a claim against another company, perhaps a contractor that is violating human rights law. Petrig noted that it might make sense to adapt different procedures for these different circumstances, and that an institutionalized system — similar to the International Centre for Settlement of Investment Disputes, which operates out of the World Bank headquarters in Washington, D.C. — could help make the system more visible.

One hurdle facing the group is obtaining consent from businesses to arbitrate human rights disputes. Consent is viewed as the cornerstone of arbitration, and Gaillard noted during the webinar that there could be incentives for businesses to agree to arbitrate these types of disputes.

Nongovernmental organizations could pressure nations to require businesses flying the country’s flag to agree to arbitrate human rights abuses, or banks could offer more favorable financing terms to companies agreeing to do so, he proposed.

In the meantime, immediate next steps for the project are to draft the arbitration rules. Hammond told Law360 that the group is close to establishing those rules and the actual tribunal structure, which could be done by early next year.

All told, though, much remains to be done before the project is up and running smoothly. Gaillard acknowledged that the project is still in its “very early stages,” and that it may take 20 years for the system to mature.

“It’s like the ’60s in investment arbitration,” he said, referring to the period when that method of dispute resolution began to take shape. “It’s exciting for that reason.”